Two years ago when first building my EME station, I purchased through GigaParts a 75-foot length of 400-UF cable with Male N-Connectors on each end which was built by ABR Industries and supplied to GigaParts.  This is cable which is apparently built for ABR Industries and is supposed to be "similar" to LMR400-UF but is actually marked as "ABR400UF" cable and NOT a Times Microwave LMR cable. 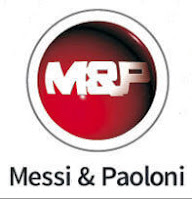 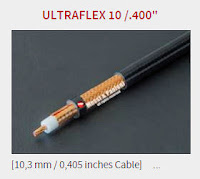 As I made more and more EME QSO's, I began to notice that quite a lot of the time I was receiving better signal reports than I was giving.  So, I tracked the QSO's where I had signal reports to see if my impression was true.

Out of 174 EME QSO's, 71.54% of the time I RECEIVED a better signal report than I gave.  That RECEIVED report was an average of 5.2 dB better than I gave.  21.14% of the time I GAVE a better report by an average of 3.0 dB.  7.32% of the time the reports were equal.  Now that I proved there was a substantial difference between signal reports received and sent, I began to suspect there was an issue with the ABR400UF cable and/or the N-connectors from ABR Industries. 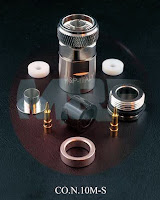 Since I am now moving to an XPOL system with 2 preamps, I will need two receive coax cables.  I did not feel like using the current ABR400UF cable so I decided to look for something else.

Searching around I became aware of coaxial cable which was built in Italy by Messi & Paoloni.   They have been producing cables since 1984 and have received very good reviews.

In looking at the specifications on the M&P website, I decided to go with the "ULTRAFLEX 10" cable.  The main reason for choosing this cable is that it has a very high (Greater Than 105 dB) "screening efficiency" which is reported to reduce background noise more than other similar cables.  The shield effectiveness of the ABR400UF is Less Than 90 dB.  That's a BIG difference.  Loss per 100-feet at 144 MHz is 1.4 dB for the ULTRAFLEX 10 while the loss of ABR400UF at 150 MHz is 1.8 dB.  Not really a big difference considering I'm only using about 75-feet.

The N-connectors I chose for the M&P cables are their new generation ones with double sealing that protects even more from humidity, condensation and water.  The model is CO.N.10M-S and if you CLICK HERE, you can see the description of those connectors as well as a couple of videos showing how to install their connectors.  Also, you can click on any image on this page to see a larger version.

Currently two 75-foot lengths of ABR400UF with N-connectors costs $213.90 and GigaParts would ship them for free.  Today I purchased two 25m (82-foot) lengths of ULTRAFLEX 10 with SOLDERED N-connectors installed direct from Messi & Paoloni for a total of $259.50 including shipping and PayPal fees.  So for an extra $45.60 I will at the very least have peace of mind and possibly MUCH better receive cables.

UPDATE: My order was placed on October 8th, it was shipped on October 10th (from Italy) and UPS says I should expect it Monday, October 14th.  Not bad at all!

2nd UPDATE: On Monday, October 14th, as expected, my package containing two 25m lengths of "ULTRAFLEX 10" cable with N-connectors factory installed was delivered by UPS.  Only 6 days after I placed the custom order and, it was shipped from Italy!  Besides the coax, M&P graciously included a couple of lens cleaning cloths with their logo on them.  NICE!  This is VERY good looking cable and I'm really excited to check it out.  Stay tuned for the results!