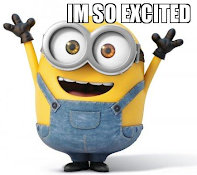 Eureka!  What a WOWZER of a morning this has been!!!

Today I stumbled upon a piece of software that will make my life just SOOOO much easier.

You see, I have two separate computers in the shack as you can see in the photo on the right  (Click on any photo to see a larger image.)  Both have monitors mounted on a stand which let me see FOUR separate screens at the same time. But since they are separate computers, I need TWO keyboards and TWO mice to control them.  Not only that extra hardware is required but my brain has a certain degree of difficulty in navigating between the two computers.  90% of the time I grab the wrong mouse and 20% of the time I type on the wrong keyboard.  It's a HOT MESS!

Once I complete my XPOL EME antennas and the associated hardware/software, I plan to run MAP65 and Linrad on one computer (the Dell T1700) to get the highest performance possible.  But, at times I will need to copy text from that computer to the other one for use on one or another Chat pages or to enter into my logging program.  I may also want to copy a screenshot from one computer to the other as well. 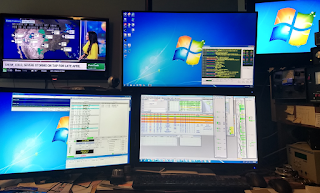 It is of course possible to control multiple computers using only one keyboard and mouse by adding a piece of additional hardware like a KVM  (Keyboard, Video and Mouse) switch.  Still, you have to REMEMBER to flip that switch when you want to control the other computer.  However, even with a KVM switch, you can not transfer text or files between the computers.  Wouldn't it be nice to not have to flip that KVM switch or even use a second keyboard or a second mouse when working with both computers AND be able to Copy/Paste text or transfer files?  YES IT WOULD!

For quite some time I have struggled with the 2-keyboard/2-mouse setup when I have needed to copy information from one computer and paste it in the other computer.  My work-around was to copy the text then paste it into an email in my Gmail account.  Then open that same email on the other computer and AGAIN copy the text before I could paste it where I wanted.  Definitely not a satisfying process and certainly one I did not relish using.

Today I did a Google search for this string - "transfer clipboard contents between 2 computers on the same network."  In the results that were displayed, the first item I looked at (a Post on Superuser.com) had what seemed to be the answer.  A Microsoft software product called Mouse Without Borders seemed to do everything I wanted and MUCH MORE! 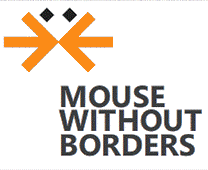 Mouse Without Borders is a Microsoft Garage project by Truong Do. Garage projects are side projects that Microsoft employees like Truong build for fun on their nights and weekends. Mouse Without Borders was designed for people who use many computers in the same room. For example, a laptop or tablet that you take to meetings might sit right alongside the desktop PC in your office.

If you are like me with more than one computer, and they are all on the same network and running Windows, then you should try Mouse Without Borders. This application allows you to move your mouse between computers like you would if you had a dual monitor setup. The nice thing here is that copy and paste works well between all computers. You can easily move your mouse on the monitor of computer A, copy something and then move your mouse off of that screen to the monitor of computer B and paste it.  Plus, this software will allow you to use one mouse on as many as FOUR separate computers!  Amazing!

Although I have not tried it, it appears that you can use this software with your desktop AND a tablet/laptop together!  WOOF!  What a concept!  In my situation with two desktops each having two monitors, I can just move my mouse to any of my four monitors with ease, just like they were connected to the same computer. 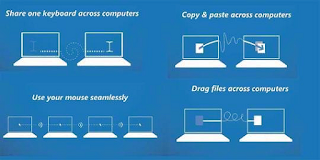 Would you not want to have an incredible mouse that can seamlessly move from one machine to another?  If you are new to the idea of using a single mouse and keyboard to work with multiple machines or if you are having more or less troubles while using other software/hardware KVM then you REALLY want to give Mouse Without Borders a try. The first impression of new users are: “It is incredible! It is impossible!”

Downloading, installing and setting up the software on both computers took less than 10 minutes.  My mind is blown wide open by this!  My use of two computers just became MUCH more efficient and TONS more pleasant!  If you have more than one computer and want to use both from one keyboard/mouse, YOU NEED TO INSTALL THIS!

I love it Clark, thanks for sharing.

I've been barren for so many years living without a child of mine. When I came in contact with Doctor Aluda and reach out to him, I actually make use of his herbal medicine. and it's indeed effective and powerful... I conceived few weeks after taking his natural herbs for 17 days as prescribed by him... And now I'm 3 weeks pregnant....so happy, reach him on whatsapp +2348145636867 or Email him on draludaharbalhome@gmail.com